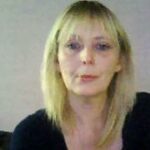 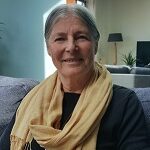 In a relationship you show that you take the other seriously 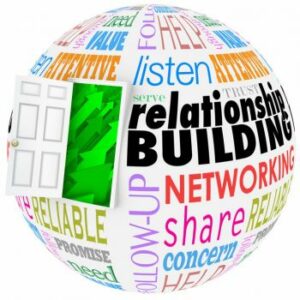 In a relationship you show that you take the other seriously. Every life is confronted with situations where we have to do something to solve it. Sometimes things also resolve themselves. But what if something is asked of us. What are you doing then? Do you let it slip or pick it up. Even though the problem was not caused by you.

How should you see this? Suppose you have a relationship and it doesn’t run smoothly. You talked about it together and you both see that there is indeed work to be done. Agreements are made and agree to really get to work. So that you show each other that you want to go for the relationship.

This is of course a thorn in the eye of women. But the woman really wants to make the relationship a success, she still believes in it and starts talking to her partner again. Auxiliary troops are even called in in the form of a therapist.

Again both indicate, no we really go for it. I will show that I mean it. It goes well for a few days and then the man falls back in his old behavior. The woman sees it happen and her patience is starting to run out.

She asks her partner again why he does not show, what he would show. Being less stubborn, keeping his own agenda, being more for the family. He is there and he looks at it. Whether he hears it thunder in Cologne. The woman is done with it and decides to break with this man. If he is not of good will, if he indicates that he wants to change with words and then does not do it, then he is not really busy changing his mindset and getting started to actually tackle the problem.

Using the same mindset with which the problem was created, wanting to tackle the problem, is useless. Regardless of how sad it is, this couple, of which the woman is of very good will, has actually let her limits go too long.

This man is by no means willing to fight for something and he will not be planning to do so. All his actions are focused on himself. If only he can do what he is used to doing. If he only gets what he normally gets, it’s fine for him. There is a lack of willingness, willingness to have something for someone else.

If willingness is lacking, there is only one solution at a given moment. Let this man go, no matter how much you love him. For him, loving is not enough, it is not enough to show him that something is expected of him in a relationship. You won’t change that, only he can. And as long as he doesn’t see it, mopping with the tap is open.

If you haven’t learned how to connect with someone, that you aren’t able to do that at an adult age, it is time to let go of this partner. Then you have tried everything. This will also be the answer of a medium or psychic who you consult on Mastermedium.

In a relationship there must be a willingness on both sides to tackle the problems that there are. If one of the two lacks that willingness, the back can fight what they want. It is unfortunately a lost race. Apparently the love for the other is insufficient, otherwise you would take it seriously.

You should take love seriously, the other person feels that and f you don’t do that. Then you better not be in a relationship, and first get started with yourself. If you will betaken seriously, be serious yourself.