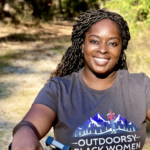 If a man doesn’t want to surrender his freedom 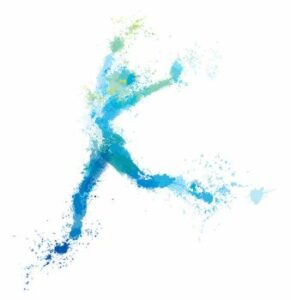 If a man doesn’t want to surrender his freedom.  meet an unbelievably nice man and you find each other interesting and start dating. Then he says, don’t fall in love with me. I don’t surrender my freedom. Then that can be a blow in the middle of your face.

You have now fallen head over heels in love and he also acts as if nothing is wrong. He will continue to look for you and keep dating you, as if something is wrong. You are in a state of disbelief and hope. Because who knows, you can persuade him, if he sees how nice you are and how cozy you are.

To broach the subject, you don’t dare. Far too afraid he won’t want to see you again. You have actually already lost. you have put your hope in him that he will change his mind once. You keep seeing him and the feelings for him is getting stronger.

You have also consulted a number of Mastermediums a few times and they all say the same thing. He may not want to surrender his freedom, but he is so crazy with you. It will cross the bridge, keep some distance.

Months pass, you don’t keep distance, you are a couple to the outside world, but you know better inside. Everything is in jeopardy and no matter how much you want to be close to him, you eat the insecurity from the inside. You become impatient, you want to know where you stand. you are not going to spend that much time together if you don’t feel anything for the other person. How do you find out whether or not you are building something up?

In the meantime you have spent evenings with your best friend. The pros and cons discussed. the doubt that you walk around with, you want so badly to know where you stand.

Since you really want to know where you stand now, because you can’t go on like this, you decide to put on the bad shoes and confront him with them. He looks at you in surprise. I told you I didn’t want to surrender my freedom and thought if she didn’t want to see me again, fine. she wants to see me, fine too.

Lead in your shoes, this is not the answer you wanted to hear. She wanted to hear that he would stay because he enjoyed the contact as much as said. she had not advanced a bit and could burst into tears.

You held up and when the evening was over you felt broken and tired. you understood the message all too well. She had fallen into her own trap, she had had hope, she should have known better.

What now, how did she have to take you further with this. This man was now completely in her system and her heart was beating for him.

She decided to consult a Mastermedium again, which gave her good advice. Break all contacts, resolutely. You do this for yourself, because you have completely surrendered your self-esteem and for that reason you have now completely lost yourself. Take the time to recover, take a different look at it. Do you want a man who doesn’t go 100% for you! Do you want to cling to a straw? Oh no. then choose the cold turkey method and drop it.

Then two things can happen. he gets regrets like hair on his head and looks for you, then you know and explicitly ask why he is looking for you. If the answer is satisfied, let him in. If the answer is not satisfactory, show him the door. It is also possible that you no longer hear from him, then you also have an answer. Then he doesn’t love you enough and you really don’t want this man. Then he doesn’t deserve you.